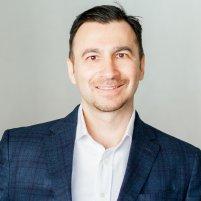 If cognitive decline is interfering with the life of you or a loved one, individualized help is available. Lenny Cohen, MD, at Chicago Neurological Service in Chicago and Oak Park, Illinois, is a top-ranked neurologist with the knowledge, skills, and technology to address dementia and the various neurological conditions that cause it. To learn more about dementia and its treatment options, call Chicago Neurological Services or book an appointment online today.

Dementia is a term describing a group of symptoms associated with a decline in cognitive ability. For diagnosis, at least two of the following areas must be significantly impaired:

Within a diagnosis of dementia, there are a number of different types. Alzheimer’s disease is the most common progressive dementia in older adults, while lewy body dementia and frontotemporal dementia are also common.

Dementia is associated with a number of neurodegenerative disorders like Parkinson’s disease and other conditions like Huntington’s disease and Creutzfeldt-Jakob disease (CJD). Repetitive injury or trauma to the head and brain, like stroke and brain tumors, can cause dementia as well.

There are many factors that can increase your risk of developing dementia, including:

To reduce your risk, Dr. Cohen can recommend a variety of integrative regimens that include eating healthy, exercising regularly, and staying mentally active.

How is dementia diagnosed?

Dementia diagnosis can be challenging. Two of the five areas described above must be significantly impaired. Dr. Cohen reviews your medical history, symptoms, and performs a physical examination.

There is no specific test for dementia, so a variety of diagnostics are used to identify the problem and rule out alternative explanations of your symptoms. Tests used may include:

Dr. Cohen has more than a decade of experience diagnosing dementia and remains up-to-date on all current standards from the American Academy of Neurology and the American Board of Psychiatry and Neurology, of which he is a diplomate.

How is dementia treated?

There’s no cure for any kind of dementia. Dr. Cohen takes a personalized approach to your condition based on the disease type and its severity, as well as your age and general health.

Dr. Cohen may also prescribe medication to address the other symptoms of dementia like depression and sleep difficulty. In addition to pharmacotherapy, the staff at Chicago Neurological Services may suggest behavioral approaches such as:

If you or someone you love has dementia or fears they may develop it, schedule an appointment with Dr. Cohen online or by phone today.